Avvo is Demoting Your Profile if You Don't Pay Them 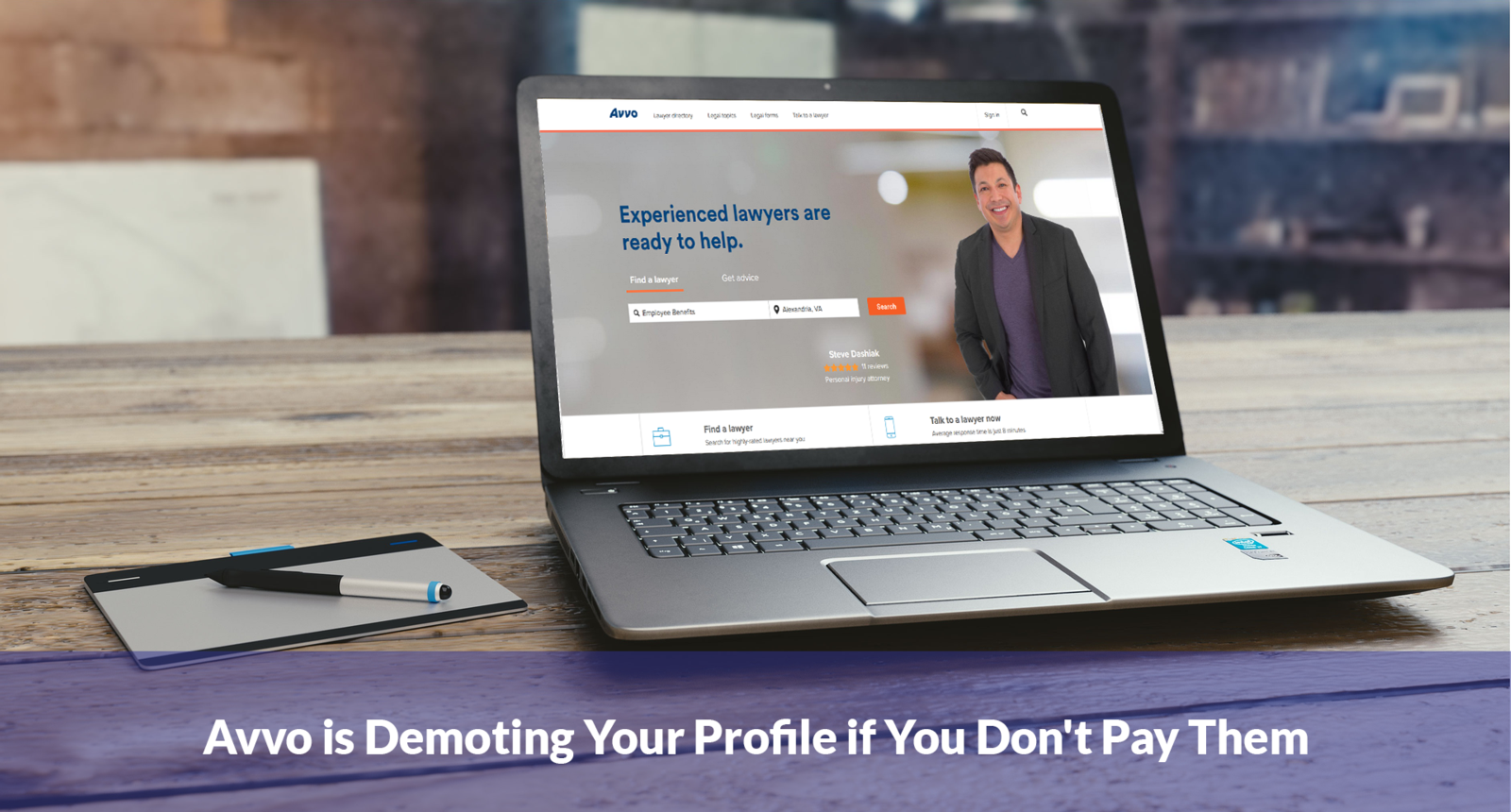 Attorneys who have not paid for Avvo Pro will see their profiles pushed to the bottom of the Avvo search results. The change will turn Avvo into a "pay-to-play" space, crippling its effectiveness for attorneys who do not pay for Avvo Pro.

Avvo has been pretty tight-lipped about the change, although the motivation for demoting unpaid Avvo profiles seems evident on its face; they want to make more money from attorneys.

The New Leadership at Avvo is Making Big Changes

Avvo was purchased by Martindale-Nolo Legal Marketing Network early 2018. Martindale-Nolo wants to monetize their new website, and they are doing this by pushing more attorneys into "pro" accounts. Now, Avvo is transforming into the next Best Lawyers, and Avvo will quickly become just as antiquated unless they adopt a new model.

The problem with websites like Best Lawyers is that they don't score attorneys by quality. Any lawyer with a credit card can get a listing in Best Lawyers, and the more a lawyer pays, the better their listing is. Forking over money to Best Lawyers won't "fix" your lead flow. Most consumers have no idea about websites such as Best Lawyers, Martindale-Nolo, or even Avvo. You can give these lawyer directories all the money you want, but if potential clients aren't going to those websites, no one is going to see the listing.

Now that Avvo is developing a "Best Lawyers" model and prioritizing paid listings, all that work you put into raising your Avvo score will not help your law firm.

Is Avvo Focused on Lawyers, Customers, or Profit?

In a letter to the North Carolina State Bar, Avvo stated explicitly that they are "focused on our users and making sure that we provide them with accurate, and consumer-friendly information." During Avvo's rise, the "Avvo Rating" became a new standard in lawyer quality. Their rating system created Avvo's reputation for being consumer-focused. However, now that Avvo is promoting paid accounts, you can expect a decline in the quality of Avvo overall.

I am not opposed to a business, like Avvo, trying to make more money. However, if Avvo wants to remain a "trusted resource" for hiring attorneys, their listings should be somewhat unbiased. The "Avvo Rating" becomes useless if it only measures how much an attorney pays Avvo.

Avvo can be a friend or foe for attorneys. There are many attorneys who get client leads from Avvo, and if that works well for them they shouldn't stop. However, you don't need to whip out your credit card just to protect your Avvo listing. If your law firm doesn't hinge on Avvo leads, you have nothing to worry about. If it does, now is a good time to diversify your marketing and focus on other avenues to getting more clients.