“I’ll be my own boss.” It’s what many attorneys say as they set out to open their own law firm. The phrase is still a major motivator for making the entrepreneurial leap from working for someone else to working for yourself. Most of us prefer to be the boss in some capacity instead of being at another’s beck and call. We’ve all had experiences with a boss who didn’t live up to expectations - ranging from the overbearing taskmaster to a super-delegator who never seems to do any work himself. Eventually, the itch caused by the friction with a bad boss is scratched by becoming the boss. And the fastest path is to set up your own law firm!

I’m a huge fan of the entrepreneurial spark driving you to head off on your own. Every great firm started with that ambition. Unfortunately, the idea of “being your own boss” is a misleading idea. In fact, the boss mindset is a very bad way to operate as a practice owner. It creates limitations you may not know you’re facing. The good news is a few shifts in how you think can suddenly open up your practice to rapid growth. Let’s explore…

You Aren’t the “Boss,” You’re the FOUNDER and/or OWNER

I suppose there is a quick caveat to make: by employing people, you are technically the boss. I get it. However, the thought process that goes behind being a boss is very different from that of a Founder or Owner. The boss is simply someone who manages people. An owner is responsible for many aspects of the organization. The owner oversees management, marketing, finances, and much more. He or she needs to wear multiple hats and corral different parts of the business to get everything moving in the same direction.

When you focus on being the boss, you slowly start to ignore other parts of the practice. It’s simply self-limiting terminology.

Additionally, bosses tend to exist and operate within an organization. The owner, however, spends time thinking outside the business, exploring entirely new opportunities and thinking of ways to reinvent the current operation. 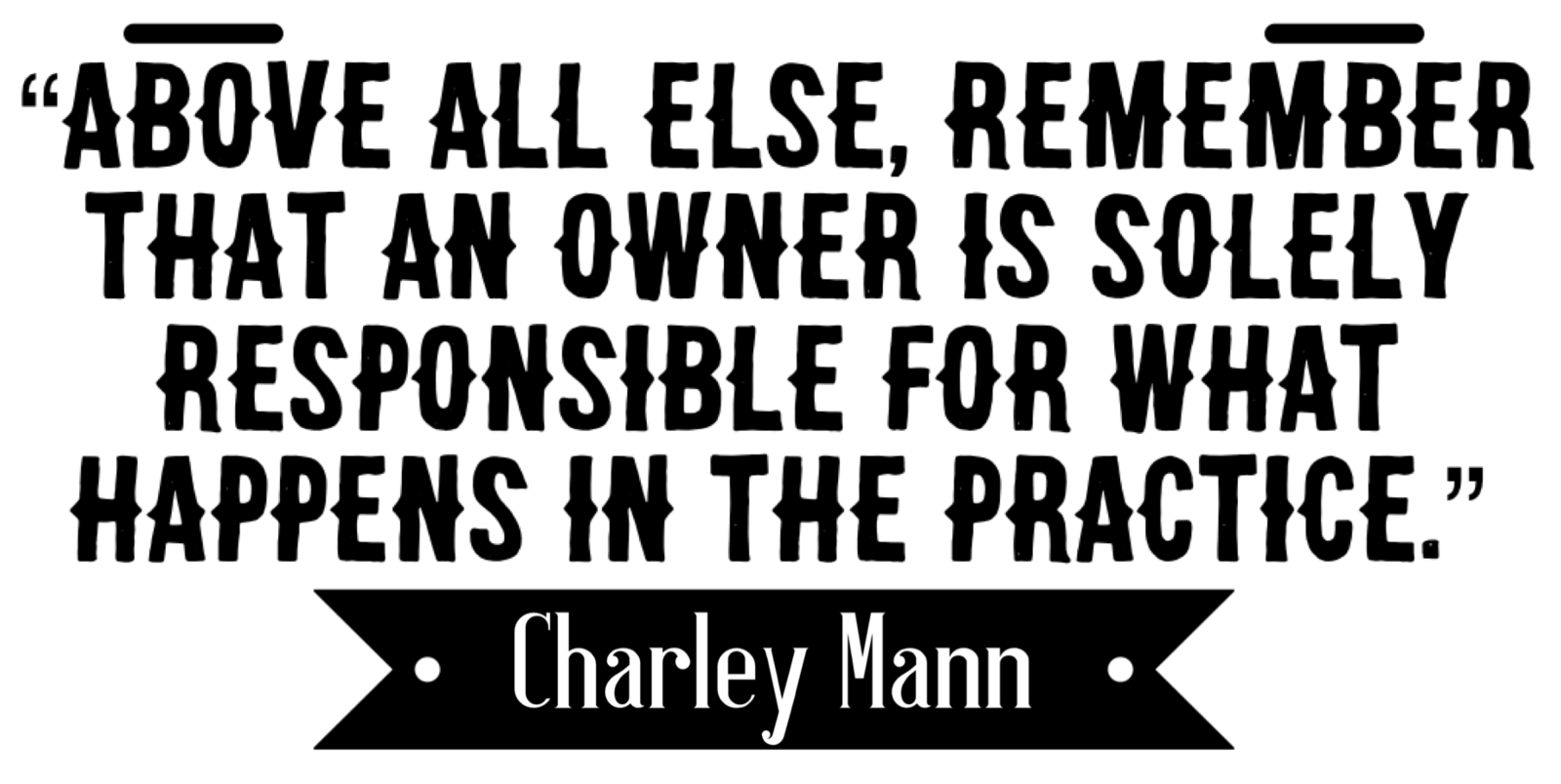 Consider how a startup founder would think about your law firm. He or she would build a business plan including how to structure the core service, how to attract new clients, and how to best deliver the service. And that’s just the work to be done before the doors open. After the firm starts doing business, you have to make adjustments based on prevailing market conditions. Think about how bankruptcy attorneys make changes based on the economy. After the 2008 market crash, there was a lot of money made in handling bankruptcy claims. However, by 2013, pro se filings started going up, and the bankruptcy field narrowed. Many “bosses” were left wondering where to go next. The only plan they had was handling bankruptcy claims. Many mistakenly decided to become a general services firm, eroding their positioning as a speciality practice. The “founders” were the ones who looked at opportunities in Fair Credit Reporting Act claims. They pivoted into an area that played into the strength of their existing practice - helping people down on their financial luck.

Above all else, remember that an OWNER is solely responsible for what happens in the practice. In bigger companies, bosses are insulated middlemen. Small law firm owners are exposed to the harsh conditions on being an entrepreneur: the buck stops with you. Literally. You reap the rewards of success and suffer the consequences of failure.

Elevate Yourself Above Being the Boss to Inspire Your Staff

There is a negative connotation with the word “boss.” I’ve witnessed law firm owners use that word as a cudgel. When staff asks them why something is done a certain way, the owner just says, “Because I’m the boss.” From the perspective of you and me, that should be enough. You own the place, therefore you are the boss, and so people should do what you say. After all, you’re paying their wages. Of course, it doesn’t work that way.

People need motivation and explanations. A startup’s founder spends a good deal of time sharing his vision with investors and employees. You create buy-in via persuasion. You can have the best idea in the world, but if you can’t explain why your idea is the best, no one will follow you. Next time an employee asks you about why something is done that way, take the time to explain the rationale. It may be you handle client appointments exclusively in the afternoon because you prefer to get taxing work out of the way in the morning before a stretch of meetings. You actually teach the employee to think critically about his or her own habits.

Attacking Problems as the OWNER

Bosses often wait for their staff to accomplish things for them. Owners own the situation the same way they own the practice. You roll up your sleeves and create a solution. You find new resources, develop an action plan, handle the high-level tasks, and delegate appropriately. Then, you monitor the performance of what you delegated to ensure it is accomplished.

Owners are active participants - the driving force of the practice. Create an ownership mindset instead of a boss mentality. It serves you far better in the long run.

by Charley Mann [email protected]
Connect with me
Charley is the Chief Marketing Officer at Great Legal Marketing and believes in results, Results, RESULTS!