Has the Profession Learned Nothing from the Pandemic? 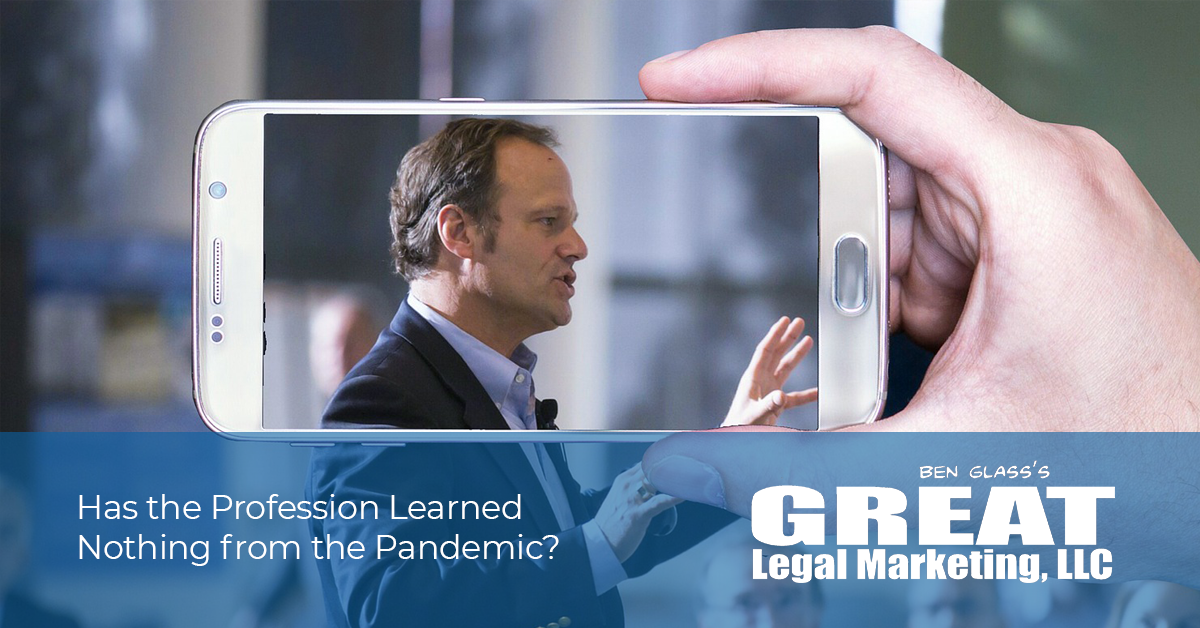 About eight months before the pandemic turned the world on its head, I attended an initial status conference in a federal court several hours from my office. My adversary had traveled a similar distance and, prior to the conference we had agreed upon and submitted a discovery plan. After introductions, in a hearing that lasted all of seven minutes, the court approved the plan we had submitted.

The court then asked us “is there anything else to discuss?”

I replied “yes, your honor, I wonder why you made us drive all of this way for a non-controversial conference that could have been done by phone,” or, I suggested, “this thing called video. This is, after all, the way much of the rest the country does business.”

The judge replied that the reason he required in-person conferences was that “that’s the way I’ve always done them, I think meeting in person is important.”

As I was leaving chambers I told him that I would bring the issue up every time I was in front of him and he told me “I will always say no.”

The pandemic taught lawyers and judges that, indeed, a lot of what we do in the processing of a case does not require in-person appearances. The pandemic taught the legal profession not only that we could be more efficient, but that the quality of justice, even for trials and appellate arguments, would not necessarily suffer.

Importantly, during the pandemic, legal services became more affordable. No longer were clients being billed by lawyers for traveling to courthouses, sitting around waiting for a case to be called, and then traveling back to the office.

Fast forward to the end the pandemic and a return to normalcy. My adversary and I, in a different case, recently asked a judge to either waive or do by telephone a routine scheduling event where there was no controversy between the parties. The judge said “no,” I’m not canceling this one and, by the way, I only do in-person hearings.”

My adversary will be flying to this one, as he lives half a continent away. His client will be likely be paying for three days of his services, rather than a quarter-hour.

A return to normalcy should not mean a return to the status quo. At some point, the public will come to distrust us, think we are too expensive, and try to solve their legal problems without us.